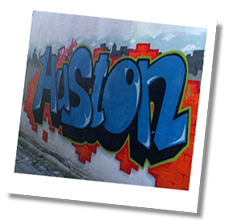 Ormeau is situated in South Belfast, convenient to the City Centre and local amenities making it a very popular place to live for both young professionals and families.  The Ormeau Rd has excellent transport links into the City Centre and with good quality restaurants, cafes, bars and independent shops making it is a very attractive place to live.

The Ormeau Rd is one of the main arterial roads leading out of Belfast towards the south of the city.  Two train stations (Central and Botanic) are within walking distance and provide links to surrounding areas and further afield to the North Coast and Republic of Ireland.  A regular bus service also runs along the road to the City Centre.  For those on foot or on bike the city can also be easily accessed via the Lagan Towpath.

The Gasworks area is at the start of the Ormeau Road and was originally the site of Belfast’s gas making industry since the 19th century.  A large refurbishment programme in recent years transformed the area into a modern business park and companies such as Halifax and the Hilton have based themselves there.

Ormeau Park is situated in the middle of Ormeau and is the city’s oldest municipal park dating back to 1871 and is also the home of Ormeau Golf Club.  The Ozone Sports Complex is also within the grounds with indoor state of the art tennis courts, gym and other sporting facilities.

Ormeau Bakery set up in 1875 is opposite the park and has recently been redeveloped into upmarket, luxury apartments following its closure in 2002.

Upper Ormeau is largely a well-established residential area and encompasses the areas of Rosetta and Galwally.  It is served by local schools including Rosetta Primary School and Wellington College.

Ormeau offers many varied bars and restaurants to suit all tastes and budgets.  Independent coffee shops and cafes have also thrived in the area.  The Errigle Inn proves popular for traditional irish music fans and also rugby fans due to its close proximity to the Kingspan Stadium home of Ulster Rugby.  Festivals are held in Ormeau Park regularly along with the Belfast One World Run.  The annual Belfast Marathon takes in the Ormeau Road.

Small stores and furniture shops along with Express supermarkets are dotted along the road.  For high street stores and supermarkets Forestside Shopping Centre is located nearby.

St George’s Market is one of Belfast’s most popular attractions.  It was built between 1890 and 1896 and is regarded as one of the best markets not only in Ireland but in the U.K.  It has won numerous awards for its fresh local produce and great atmosphere.  It holds a weekly Friday Variety Market, and a food and craft market on Saturday and Sunday.