We have clients come to us following a bad experience or when a situation has gone out of control and they need help, below you will find some examples of situations where we have assisted and guided clients through a difficult time some came to us because they had a problem.  Others have been with us for generations and this is just a small snippet of one of those occasions when our strengths and ability came to the forefront.

These will hopefully give you peace of mind that when you start to work with us at Douglas Huston your getting a team that know what they are doing and can handle just about any situation.  Regardless of the difficulties your facing we have no doubt there will be a way out and through to successful property ownership.  Sometimes this process takes years on other occasions it can be sorted in hours.  Once we have had the opportunity to demonstrate our skills, leadership and ability clients rarely move on.

The client was with a different managing agent and the tenants had become extremely unhappy with the service charges being levied upon them there was some long term vacant space and one of the larger tenants had served notice to vacate and on shop tenant was significant arrears.

The Landlord came to us to discuss a number of times before making any decision and we took them to a number of other properties where we had undertaken short and long term turnarounds.

We let the vacant office on a short term lease which proved successful and they eventually signed a 4 year lease.

The shop in arrears decided that they could no longer continue and vacated the shop we re-let it quickly but unfortunately not to a successful business and it came back to the market and after a full marketing exercise we secured a tenant on a 10 year term and they continue to be very successful today.

There has subsequently been a number of tenants leave and new tenants move in and our ability to keep in contact with the occupiers has resulted in the landlord being aware of their likely cash-flow and not receiving any unexpected void periods.

Outcomes the tenants in the building are much happier with the application of the service charge and can clearly see how it has been incurred.  The Landlord has a steady income the asset value has fallen due to the market downturn but the income has maintained.  Good management of the leases means that voids should be manageable as when they occur.

A mulit-let retail and office building which had been managed by the owners for some 20 years.  The owners came to us living overseas with a slight family dispute over how the property should be managed and a number of the tenants for various reasons had stopped or delayed rental payments along with some long term vacant space.  This was causing fractions within the family owners and they wanted to take away some of the stress and be given a clear plan on how to move the property forward without incurring lots of charges.

After detailed discussions with the Landlords before any formal instructs where given to us we visited the property as a secret shopper taking notes on issues and areas to be addressed, without prompting we sent the landlords a details plan on what we felt needed to be done.

This was simple in the short term get the vacant space let, this was not going to be easy it had been empty for so long and would require some expenditure by the Landlords which they were not willing to make.

None the less we managed to let the basement to a repair company on an escalating rent with the tenant to undertake the necessary works. This space had been vacant form over 10 years.

We let a very small office on the first floor to a new venture.

This left us with a vacant shop which we couldn’t enter without taking the correct legal steps for possession and we know this would take some time.  So we turned our attention to the non-paying tenants and opened discussions on how to resolve this.  Very quickly se sorted out the anchor tenant, which was critical to the long term success of this turnaround process.

The other non-paying tenant was unfortunately not so easy to sort out, and they eventually left the property after some extended discussions.  This left the Landlord with a large amount of vacant space and potentially a significant tax liability if a new occupier couldn’t be found.

Fortunately the solution was already in the building we divided the large space into two parts the most recent tenant to move in was expanding and took one and we let the other space to a new tenant providing a good diverse tenant mix and although leases are all of a short term nature this is a reflection of the current market rather than any particular requirement of the tenants or landlords.

By this time we were able to take possession of the small shop getting a good strong tenant that would fit into the local mix of traders and hopefully develop a long term businesses was key to the whole building.  We let the space in around 3 months.

This final letting meant the building was fully occupied and income producing within 18 months of our appointment, the first time it had been fully occupied for over 15 years.  6 months later all tenants where up to date with their rent.

During this time in conjunction with the landlord we had developed a plan for long term investment in the building to include re-wiring fire alarm and improving the general appearance, in order to increase the potential future rent and to help ensure that the existing tenants felt they could secure better premises in the area.

We also started a service charge account to reclaim these costs where possible, which in turn should help make the tenants more committed to the property.

At the time of our appointment the property was losing capital value and disruptive tenants where causing an unpredictable cash flow for the landlords, 24 months later the building was fully occupied the landlords now receive a steady predictable income and the asset value is improved significantly and continues to improve with our plans for the future.  The landlord is no longer reliant upon a single anchor tenant which means they have more freedom to make decisions.

If you have a problem maybe we can see a solution for you that over time will deliver similar results.

We had managed this site for over 20 years up to 2000 when it became clear that the lock up garages would make an ideal secure development of potentially 6 self-contained apartments with parking, we helped with planning which was subsequently granted for 4 self-contained apartments.  We had been working with the Landlord for over 40 years and we handled the whole development process.

The finished apartments have been let nearly continuously since completion in 2002.  Almost 15 years on and two of the apartments have been fully refurbished with new kitchens and bathrooms to keep them modern and up to current tastes.  This is all part of the ongoing management of expectations the remaining two apartments will be refurbished later this year if the tenants decide to move out.

This client as part of our 100% management service has been advised of this and we are holding funds on their behalf to manage this refurbishment and allow them to have a cash-flow through the vacant period, this means they don’t have to deal with spikes and drops in income or having to spend money for refurbishment without much warning.

Outcome – long term steady income, constant management of the property means it remains in high demand from tenants and tenants tend to stay on average 3.7 years in this development well above the average for the area.

In the December of 2009 and early new year of 2010 you may remember that Northern Ireland was gripped by a month of snow ice and freezing temperatures.  Whilst this was an extremely busy time and indeed we found ourselves working on Christmas Day due to an extraordinary number of burst pipes and broken down heating systems caused by the extreme weather.

One property had all three outlet pipes freeze resulting in the boilers stopping the knock on effect was that two pipes burst in the upper floors with our 100% management and workmen on site we were able to relocate the ground floor tenants into an entirely different property helping move most of their personal possessions.  The tenants finished the day with a warm property and roof over their heads, the ground floor flat was seriously damaged and a refurbishment would be required.

We worked with the insurance claims handlers, two landlords 3 tenants and 6 concerned parents and 3 contractors to coordinate a fast response in around 4 hours.  Rarely does good communication teamwork and ability to think outside the normal come into play in such a short space of time.

Well the tenants are still living in the different property they were so pleased with it and the refurbished property was re-let some 6 months later at an improved rent as the market timing was better.  Alterations to the heating systems across all three properties where reviewed in the event of a similar weather event happening again.

This was a large 7 bedroom property that had lost its appeal in the market we assisted with securing planning consent for a development that would meet the market requirements and provide a strong return over the long term with simple but adaptable internal design.  This involved working closely with the appointed architect and having a good working understanding of building control requirements and market needs.

During the development the client decided that they wanted to sell the finished development rather than letting it out, with this in mind and completion anticipated in mid to late September we knew that a sale would have to be agreed and completed inside 6 weeks form commencement of marketing to completion.  An extremely tight timescale even in a good market.

A purchaser was found and the offer in line with the clients expectations and our analysis of the market value, unfortunately the sale was not going to complete until mid October which we know would make letting of the property extremely challenging.  However working with the purchaser, both solicitors and vendor we managed to get the contracts signed and a deposit paid whilst work was completing this allowed us to market the flat for rental purposes and we found occupiers for all the flats inside 3 weeks with leases agreed and signed the delay was that the tenants couldn’t move in until the sale completed.

This took patience from the tenants all due to start university but without accommodation to actually move into. Again our communication and ability to give all parties a clear understanding of the circumstances meant that on completion the keys went directly to the new tenants and there was no further delays.

Leaving a very pleased purchaser with immediate income, a vendor happy to have achieved a successful sale albeit outside their preferred timescale but still completed in 10 weeks from first marketing and tenants very happy in new accommodation.

How can we help? Let us know, along with the best way to contact you and we'll get right back

or pop into our branch 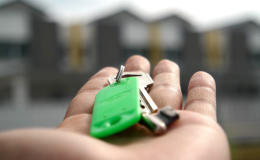 How to Reduce Stress when Renting a Property